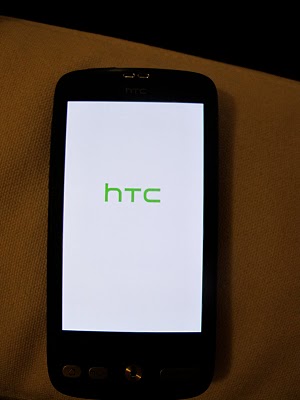 I like my HTC Desire a lot (see my review), but it’s currently giving me a very hard time. When I turn it on, it stays on the boot screen (shown right) for hours and hours normally it disappears after less than a minute. In other words, the phone’s unusable. This issue’s not addressed on HTC’s support website, and restoring it to the factory settings hasn’t helped at least there were no precious photos on it.

This isn’t the only issue I’ve faced with the Desire. If I tried to use it while charging the battery, it would unexpectedly reboot, followed by an endless cycle of reboots, only stoppable by removing the battery. Apparently this is a fairly common complaint.

Because the phone is still under warranty (I never rooted it, or did anything out of the ordinary) my network (Orange) are sending me a replacement tomorrow. I’m hopeful that the new phone will function trouble-free, but it’s annoying that I’ve had any issues in the first place.

Update: I’m having some difficulty with my phone - see here for details.

Despite my avowed geekdom, I’ve never owned a smartphone. I’ve admired other peoples’ iPhones for years now, but the combination of high price and the draconian app ecosystem proved major obstacles to me buying one. Android’s developer-friendly reputation and cheaper cost of ownership made it a really appealing option, so three weeks ago I got an HTC Desire. 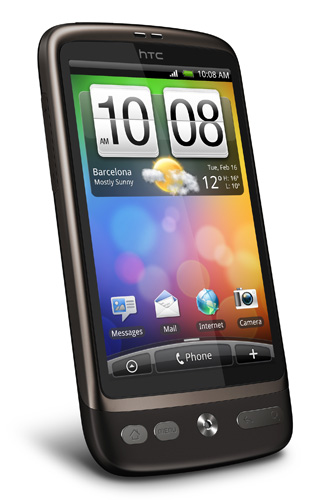 The first thing that struck me about Android is how easy it was to set up. I gave it my Google account details, and in seconds I was synced with my Google Calendar and GMail. I’m a big Google fan, so I was very pleased that the apps I rely on were running straight away.

Much like with the iPhone there are thousands of Android apps available, many free. I haven’t downloaded many, but I’d particularly recommend gStrings - I used it to tune my guitar while I was restringing it, and it did as good a job as my Korg GA-30.

The above points are general to the Android software, so what about the Desire’s hardware itself? I’m pleased to say that the phone is an excellent size - neither too big in my pocket nor too small for comfortable on-screen typing (crucial considering the lack of a physical keyboard). The camera is good quality, especially compared to the other (cheaper) phones I’ve owned.

I have a few complaints. It’s impossible to copy text from the included GMail app, which is a big nuisance. The inbuilt Facebook app is not very good compared to the iPhone’s - links from the newsfeed open in the browser rather than the app, and photo albums aren’t as nice to navigate. Copy and pasting, as well as organizing music, are not as easy as on iPhone. Hardware complaints: the optical sensor pad is insensitive to the point of being frustrating, and I have to charge the battery every night, though I hear this is generally the case with smartphones.

All in all, I’m very happy with the HTC Desire, and I’d recommend one without hesitation. Out of the box it’s a very functional phone and does everything I want very well. It’s powerful and will be easily be able to support future Android OSes. The few gripes are with the software, but these ought to improve as development continues. If you’re in the market for an Android, you can’t do much better than the Desire. 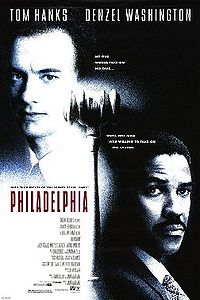 I’d like to extend my gratitude to the aforementioned companies who not only enabled me to watch the film free of charge, but who also lightened the sombre, emotional mood of the film with their charming and wacky ads for junk food and broadband. Let’s do this again soon! 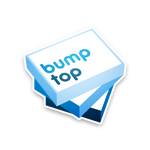 BumpTop is a cool utility that got a lot of attention when it was demoed at TED in 2007. It makes your computer desktop three-dimensional, and lets you organize its files into tidy stacks (“piles” in BumpTop parlance). As I usually leave my desktop very badly organized I’ve found it to be a big help.

On Friday, the company that produces BumpTop was acquired by Google. It won’t be available for download after this week, nor will any updates be released. I’m somewhat disappointed by this - it makes my everyday computer use a little more enjoyable, and I liked the idea that I’d be able to download it for my future computers.

Rumour has it that BumpTop will find its way onto other Google products, like Android or Chrome. It would be awesome to see BumpTop incorporated into some kind of multi-touch tablet device, or somehow used for web browsing. Right now though, I’m surprised that it’ll no longer be available for normal PCs/Macs. I hope that, between finding crazy new innovative applications for 3D interfaces, Google eventually reintroduce a new and improved BumpTop Desktop - otherwise, my next computer’s desktop will be a complete disaster.