Lately I’m impressed by Picasa’s ability to recognize faces in my digital photos. It’s so keen, in fact, it even asked me to tag the following “people” that I encountered in Amsterdam: 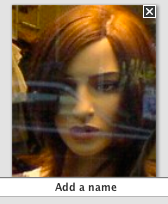 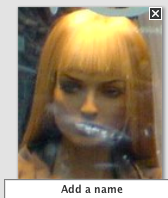 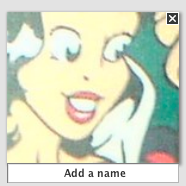 This reminds me of how Google Street View’s face recognition is so eager that it thinks Colonel Sanders’ image on KFC storefronts is of a real person - it’s probably exactly the same algorithm as Picasa’s, except Street View eventually blurs the faces it picks out. According to Street View, this is the KFC nearest to my old home: 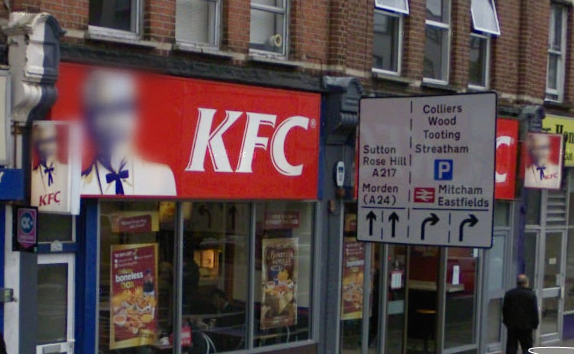 It’s such an eager algorithm that it recognizes the Colonel each time he appears! I wonder: if facial recognition software is so keen that it identifies mannequins and illustrations as people, what would you have to do so that your face isn’t recognized as a face at all?